What sous vide slow cooking can bring to your table

I’m sure a lot of you have already heard about slow-cooking method before, but you may not be fully aware of all the benefits of cooking your food in this way. Sous-vide is also known as low temperature prolonged cooking is a method of cooking where food is cooked low and slow.

One of the most common ways to cook is by using heat from fire. When food is heated at over 100°C, you are able to get a nice golden-brown finish and soften the food. The downside to this is if you end up cooking it at that temperature a bit too long, the protein solidifies, and your meat turns out chewy or even rubbery.

On that note, sous-vide is the alternative: cooking meat, for example, allows you to cook at a consistent temperature below 100°C for a long time where protein doesn’t harden too much, but the bad “food-poisoning-causing” bacteria is still killed. This gives the meat a nice and unique finish that opens up a whole new world of flavours and textures.

When cooking beef sous-vide, there are a couple OF things to keep in mind: first is to remember to check the “safe temperature range and heating time” chart before cooking. Next is to consume the cooked meat as soon as possible, so the bacteria don’t have time to reproduce. If you cannot consume all of it at once, you can soak it in some ice water to quickly lower the temperature of the meat.

..BUT LET’S START FROM THE BEGINNING.

The  low temperature sous-vide cooking technique was developed in 1970 by a french chef called George Pralus who was working at that time for an important family.

He was looking for a method to cook foie gras, an expensive row material, which experienced a considerable loss in raw material weight when cooked with the “classic techniques”. He discovered that, with slow cooking method, the weight loss would be less and it would keep for longer without altering the flavour, colour, and nutritional content.

His initial thought was to place it in a pounce and condition it sous-vide; he then realised a machine was needed which would guarantee a uniform temperature during cooking.  These machines already existed, but they were used only in the context of scientific laboratories.

Pralus thought of using them in the kitchen. He found that, in addition to reducing the weight loss, the benefits were manifold and began using this cooking method for other foodstuff. For several decades this technique had been the preserve of a select few, and then it spread like wildfire.

Today, it is used in all types of restaurants, from those serving creative cuisine, to those which prefer to offer traditional fare, in catering, in institutions, in delicatessens and more recently in home kitchens.

Many foods cooked using this technique can be now found in specialist shops as well as supermarkets.

Low temperature cooking, in short, is to put fresh food (meat, fish, vegetables, fruits, sauces) inside a special pouch to be cooked in a vacuum or sous-vide and cooked for a long time at a lower temperature than conventional cooking, in a thermostatic bath, or in a container filled with water. The temperature of it is minutely regulated by a thermostat which maintains the programmed temperature, combined with a pump or fan that circulates the water in the tank to ensure the temperature remains uniform throughout the container. It is important to say that every food has a different  and specific way to be treated and cooked.

Our Delita’s masterchef Danilo Ange’s secret is mixing tradition and innovation, managing to interpret classic dishes with an emphasis on contemporary requirements and taste, through the use of the slow cooking method.

“Food cooked using this low temperature method lacks the recognisable browning, known as the Maillard reaction, which is nothing more than the caramelising of the sugars”, explains Danilo.

The remedy is simple: food can be sautéed before or after cooking.

If it is sautéed before we would have a longer food storage time (shelf life) because by browning it we sanitise the outside, which has a greater bacterial load, but the end result will be visually golden food but not crisp, as the moisture content it contains will soften it during cooking. If we want to serve food with a crisp side it should be sautéed after cooking it, a method used by the majority of chefs. 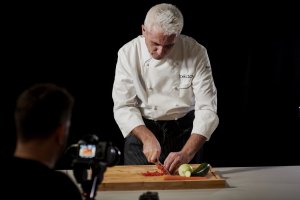 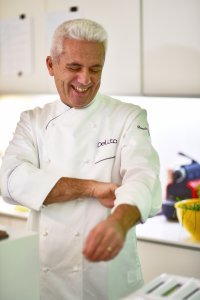 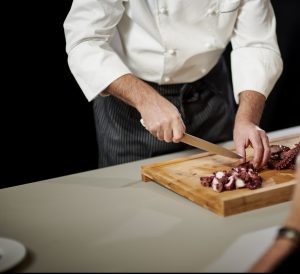 “It’s the food that awaits the customer and not the customer who awaits the food”: this is the motto of the sous-vide cooking technique at low temperatures. This means that everything can be prepared in advance and you have more time to devote to plating-up, decorating the dish and table service. In the case of Delita’s product, we zero up your waiting times and let you just taste the flavour! You don’t need to wait more than 20 ours cooking to enjoy the softness of our meat and fish dishes. We do this part for you!

ONE TECHNIQUE, MANY BENEFITS

Our meat and fish dishes are all cooked through the method of the low temperature cooking. Particularly the meats cook for more than 22 hours and the seafood and fish for more than 5 hours. The benefits and result in the plate are obvious:

1. Respecting the raw ingredients and extreme softness and taste.

Cooking at lower temperatures allows the organoleptic principles to be respected as the dispersion of liquids and nutrients does not occur in the pouch.

The meat or fish remains extremely soft and tasty.

2. Less use of seasoning ingredients.

You can decrease the amount of ingredients normally used to flavour dishes: salt, spices, garlic, herbs, as the pouch assists in the concentration of flavours rather than dispersing them. Moreover, the technique does not require any kind of seasoning while cooking, which was possibly added to give a particular taste to the food.

3. Decrease in the loss of weight.

This is very evident especially in meat: a veal roast in traditional cooking undergoes a weight decrease of about 30%, with this technique the loss is reduced to between just 4-8%.

The pouch maintains the concentration of flavours and the colour of the food will be brighter and more inviting.

5. No risk of contamination between foods.

As the food is sealed in a vacuum, different preparations can be stored in the same refrigerator, without any risk of contamination.

When compared to traditional cooking, the sous-vide cooked storage time is about three times longer. So our products are fresh for longer!

Have a look into our menu and explore the taste and the value of our products. 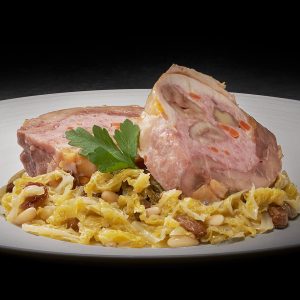 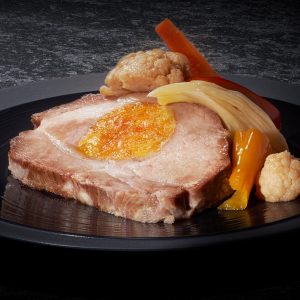 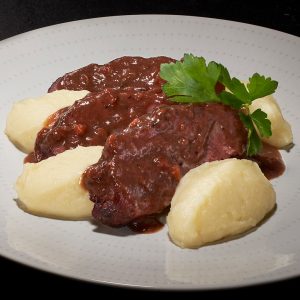